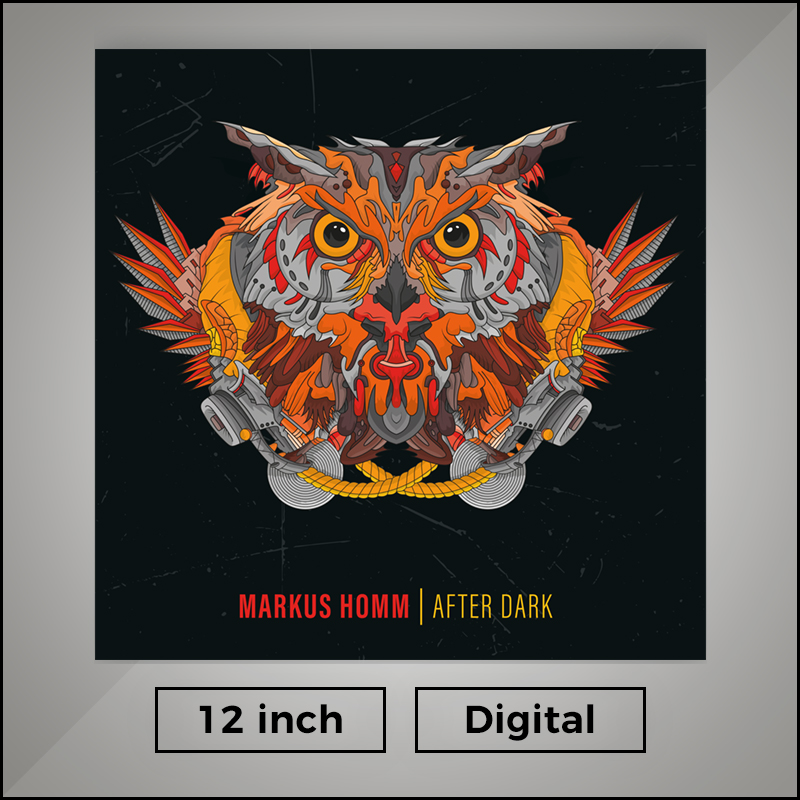 An artist with a rich history within deeper house spheres and minimal territories, Markus Homm has been a fixture of the scene for over twenty years with a long list of appearances at renowned institutions, including Panorama Bar, Watergate, Kater Blau and Tresor.

Whether releasing stand-out solo material via Hive Audio, 8Bit and Cyclic Records or collaborating with fellow countryman Mihai Popoviciu, Homm’s continual evolution and development have seen him become a staple name within sets of the industry’s leading talent. A regular on the imprint with a string of releases dating back to his label debut in 2012 as remixer for Miguel Lobo – Atemporal, the Romanian-born, Nuernberg-based talent returns to Bondage-Music as he presents his first album on the label,

“The album came together over the period of the last few years. I wanted to find the sweet spot of timeless music you can listen to at home or in a club. A few tracks have been completed also during the worldwide lockdown 2 years ago, such as the track ‘After Dark’.
Most of us had the feeling of being in a dark place in life, for myself I always knew things would get better and I was looking forward to the moment, that motivated and inspired me to make my first artist album. After these difficult times, ‘After Dark’, just look forward again, and feel new joy.” – Markus Homm

‘After Dark’, a rich collection of eight productions on the vinyl, ‘he album is a carefully crafted project. Starting with the vinyl version’s A1 ‘The System’, Homm delicately introduces the deep and dubby textures he’s so well known for and sets the tone for what is to come.

‘Generator’ builds upon this foundation with a selection of deep, aquatic tones, while B-side productions’ Trespasses’ and ‘Grauzone’ subtly pick up the pace and energy while guiding listeners down equally hazy and captivating trips.

‘Blue Mountain’ welcomes the first of four tracks on the 2nd vinyl, harnessing skipping drums alongside resonant chords, while title track ‘After Dark’ is an exemplary display of the Romanian’s ability to fuse delicate layers of misty pads, intricate percussion and resonant stabs.

On the flip, ‘I Wish’ is a spirited and breezy journey through rich soundscapes guided by floaty vocals, while ‘Who Are You’ concludes the physical package with a twisting production crafted for the after-hours. A display of deep textures, ‘After Dark’ marks showcases Homm’s signature sonics while offering new shades to his sound, marking his return to
Bondage-Music in impressive fashion.